I’ve always been intrigued by stories and movies of battles: maybe fantastical myths of Jason and the Argonauts or Sinbad; of battles throughout the development of the Roman Empire and of Europe; of our own growth as a union of States.  In each of those stories, there is always one scene where the sounding of “retreat” is issued to the troops: they are instructed to “pull back” and retreat from present positions of danger and probable defeatâ€¦to retreat into safer ground, into a place to re-group, recover, and re-assess how to move forward once again.

And there are so many other things that we might find we must retreat from, in order for us to discover not only a deserved respite, but a keener vision about such realities.  And as we retreat from such things, what is it that we “retreat into”?

Each of these possibilities hold out the invitation for every one of us to “retreat into” the deeper life of God; to “retreat into” Him who holds out so much for us: joy, holy company with the saints, renewed faith in His love, and countless other blessings.

Recall, too, in whatever you do: Christ came into the world to redeem the world, thus in our work and our prayer, we retreat from the world not to escape it or run from it; rather, we retreat so that we might re-enter it in order to transform it with the power and light of the Gospel.

Finally, for those of us who might wonder where we might find the time or limited energy to retreat in any of these ways this Lent, rest assured that whatever timeeven smallthat you give to such a retreat is a privileged time with God and within His Church.  See this season as an opportunity to “redeem the time and effort you give” to God and His people.  And Godwho sees your goodness, even in secretwill repay you over and over.

A blessed Lent and retreat for each of you. 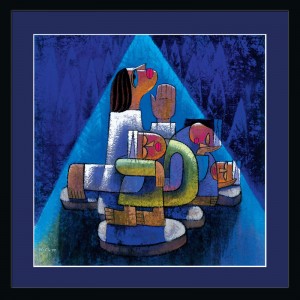 Yours in Christ our Savior,